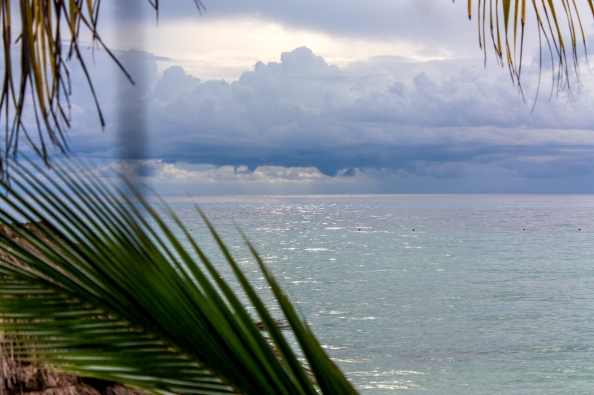 In this installment of “I used to do stuff even before I blogged about it,”  Vince and I go on a cruise with five of his new coworkers that we barely know.  We disembark with friendships that will last for years to come.

It was October 2013 when Vince and I made the impulsive decision to join some of his coworkers on a last minute Caribbean cruise.  We had just taken a vacation in August, and we weren’t accustomed to traveling quite so often back then, but we decided to go for it, and within a few weeks time we were at the Port of Miami, boarding the Carnival Imagination.  The ship would be taking us to the islands of Key West and Cozumel.

We had taken a Carnival cruise the previous summer for our honeymoon, so we thought we knew what to expect, but our experience turned out to be quite different, despite even visiting one of the same islands.  This cruise was much less crowded than our previous one, which made for shorter wait lines everywhere we went.  The seas were also much calmer, which made the ship feel more like being on solid ground.  The biggest difference, however was going with a group of people instead of just the two of us.  Right from the start, it was obvious that our “fun days at sea” were actually going to be a lot more fun now that we had other people to goof off with.

Even though I’d only met everyone in the group on a couple of brief occasions before the trip, it soon became clear that Andrew, Amy, Bonnie, James, and Max were a fun group of travel companions.  We spent our days on board the Imagination dancing in the pool, hogging the hot tubs on the serenity deck, eating way too much food, and attempting to lasso drinks with our bathrobe ties.  On the night of the cruise’s designated formal dinner, we got dressed up and completed our looks with sunglasses and bandana headbands.  We even posed for one of the ship’s professional photographers against an entirely unexplainable front porch themed backdrop. 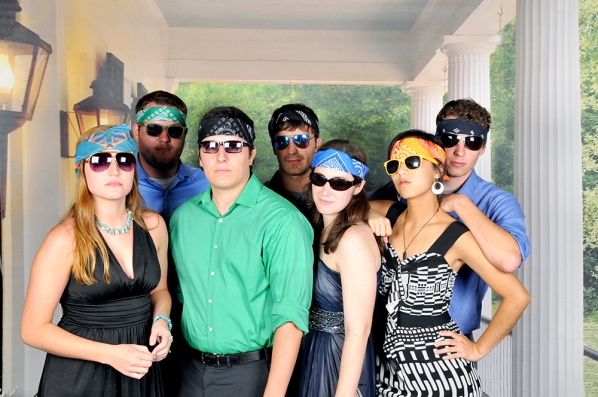 Our time on the ship was a blast, but it couldn’t compare the the beautiful islands we were scheduled to visit, the first on which was Key West, Florida.  We had booked a snorkeling excursion that would fill nearly all of the time we had on the island, so when we disembarked from the ship in the early morning, we headed straight for the marina to meet up our boat.

Now this was during a phase where I was even more obsessed with marine life than I am now (which believe me, is a borderline unhealthy level of enthusiasm as is).  I could barely wait to be in the ocean swimming amongst fish and corals.  Fortunately, the reef was only a relaxing catamaran ride away, and we got to soak up some sun on deck and marvel at beautiful, turquoise waves as we neared our destination. 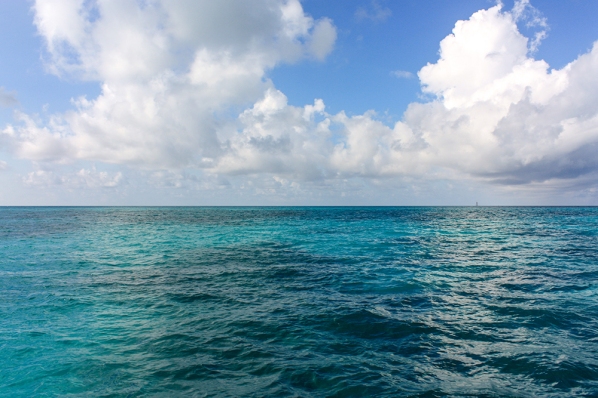 I only half listened to the snorkeling safety briefing when we finally reached the reef.  I already had experience with snorkel gear from me and Vince’s previous cruise (It’s super strange to think about being new the snorkeling now that we are SCUBA divers), so I was ready to jump into the water.  After the briefing, the crew passed around masks, snorkels, fins, and inflatable life vests, and let us loose to explore finger reef.

Jumping into warm Caribbean water is a sensation that never gets old when you come from Michigan, a place where there is water everywhere, but it’s almost always ridiculously cold.  It feels almost like getting in to a warm bath when you are used to swimming in waters that are rarely warmer than 75 degrees Fahrenheit.  As soon as I hit the water, I started looking around for life at the ocean floor below me.

The reef was made up of long, thin strips of corals divided by strips of sand.  While there were some hard corals, there were far more sea fans that waved almost hypnotically with the motion of the currents. 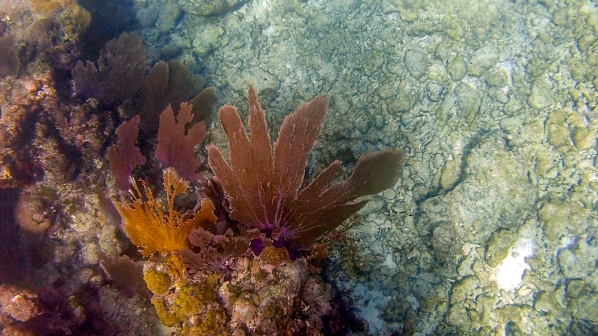 The ocean was also teeming with many kinds of fish I had never seen in person before.  During our couple of hours in the water, I saw grunts,  damselfish, at least three species of parrot fish, moon jellies, and a French angel fish.  Possibly most intriguing though, was a massive school of Atlantic blue tang.  There were far too many of them to count, and watching them all move in one big group was mesmerizing.

By the time we had to get back on the boat, I was thoroughly tired from so much swimming, and I relaxed in the sun as we rode back to Key West.

The next morning, Vince and I made our way to the bow of the ship to watch as we approached Cozumel.  The morning was brilliant with sunshine twinkling off of the waves and warming our shoulders.  As we looked at the water far below us, we began to notice something slightly amiss.  The morning sunlight was reflecting from some silvery moving objects right above the surface of the water.  As my eyes adjusted, I realized that what we were seeing was hundreds of flying fish gliding in front of the ship.  I had never seen flying fish before, and I have never seen them since.  There have been times in my life where the animal world seems too strange and fantastical to be reality.  Some creatures seem more cut out to live in the pages of a science fiction novel than planet earth.  Flying fish are a great example of this.  They are so beautifully bizarre that they don’t even seem possible, and this is one memory that I cherish dearly.

It almost felt like the fish were leading us into port, and soon we were disembarking once again.  The rest of the group was going on a pre-booked excursion, but Vince and I had opted for a free day instead.  I had read about an off the beaten path beach near the south side of the island that supposedly had a beautiful coral reef, so we hired a taxi to drive us to Playa Palancar.

Playa Palancar turned out to be your quintessential island paradise.  A pathway wound through dense palm trees and led us to a grass-roofed restaurant and bar overlooking the sea.  The beach was free, but we immediately paid for a guide to take us out the snorkel the reef.  There were few other people around, so it was just us, our guide, Pedro, and one other tourist.  We got into a small boat and took a short ride out from the beach.  Following Pedro’s lead, we jumped into the water and looked down.  The water here was much deeper than finger reef.  The massive coral formations that dotted the sea floor were a good 15 to 20 meters below us, and they were incredible.  To this day, they are probably the most impressive coral formations I have seen in the Caribbean, and I would love to go back and dive there someday.

This was my first time seeing such massive coral structures, and it was also my first time experiencing what it is like to drift snorkel.  There was no effort on our part as the strong ocean current carried us over the reef.  All we had to do was relax and watch the magical scene below us as we floated past.  A school of large barracuda hovered ominously off in the distance, their spooky silhouettes putting me to mind of dementors from the Harry Potter world.  We even saw a couple of green sea turtles swimming at the ocean floor.  This was my first time ever seeing a sea turtle, and I was over-the-top excited about it.  To be fair, I’ve been over-the-top excited every subsequent time I’ve seen a sea turtle too, but that’s beside the point.

Once we were back on shore, we still had plenty of time to enjoy the beach, so we took a walk along the shore.  Beyond the manicured parameters of Playa Palancar, the beach was more rocky and wild.  There were some stone ruins back in the forest, and little hermit crabs skittered about near our feet.  It was clear that a rainstorm was building because dark blue clouds had rolled over the sky.

Despite the clouds, we had a fun and relaxing afternoon.  We swam in the warm Caribbean waters, lounged in beach chairs, ate some delicious steak tacos (this was before I went vegetarian), and admired a couple of colorful peacocks that were wandering around the restaurant. 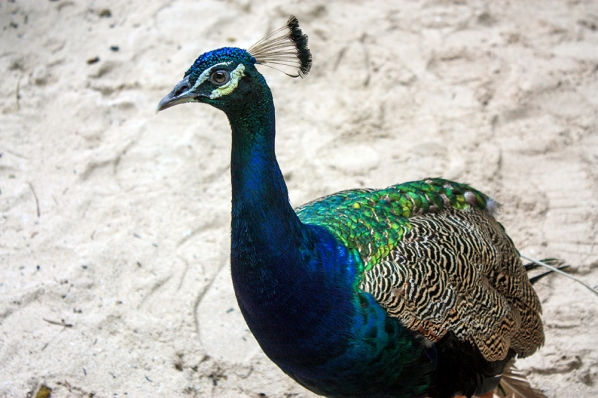 We caught a cab back to port with plenty of time to spare before boarding, and met up with the rest of the group who were just arriving from their Xrail buggy and cenote swim experience.  We caught up with them about our days as we explored the port of Cozumel.

As we talked, we wandered into the duty free shop, hoping to buy some Cuban cigars.  I am not and have never been a smoker, but the allure of buying a product that couldn’t be had in America was extremely tantalizing.  The duty free shop did not sell Cuban cigars, which we probably should have expected, but we did find a local who gave us a tip about where we could get some.  He told us to leave the touristy part of the city, cross the street, go into a certain shop, and ask for a guy named Jairo.  He gave us these instructions with a very surreptitious guise, that I’m almost certain he was putting on for our benefit alone. Vince and I followed his instructions, and twenty minutes later we had a box of Cohiba cigars, and what we thought was a very exciting tale of international mystery and subterfuge. 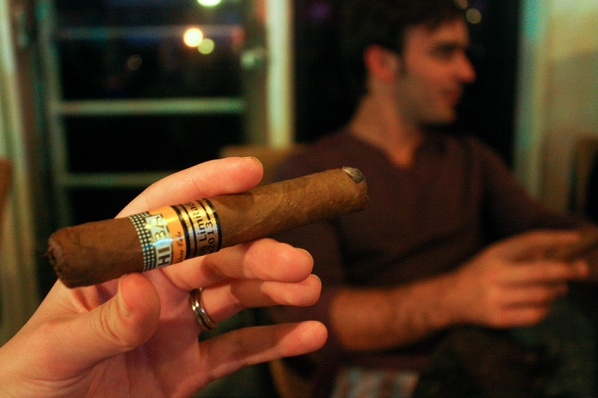 It may have been a short cruise, but we had managed to fill it with a lot of fun.  Little did Vince and I know that we would go on to have many more trips with our new friends, including a five year cruise reunion in Colorado.  The Caribbean cruise was really just the beginning of a new, more adventurous, phase of our lives. 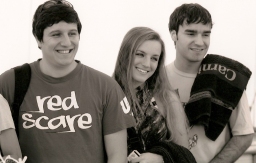 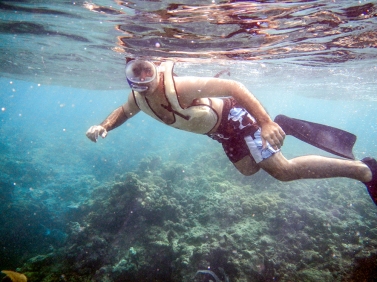 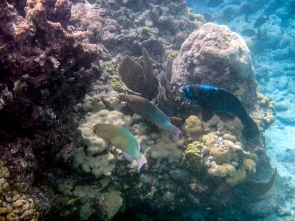 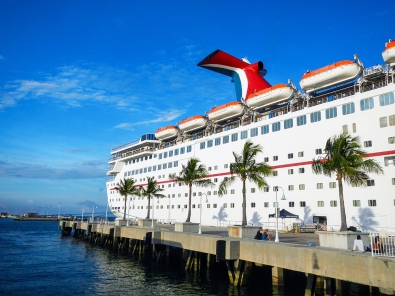 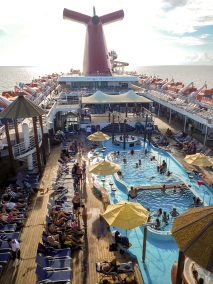 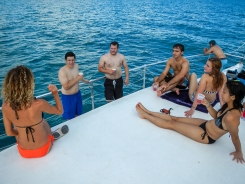 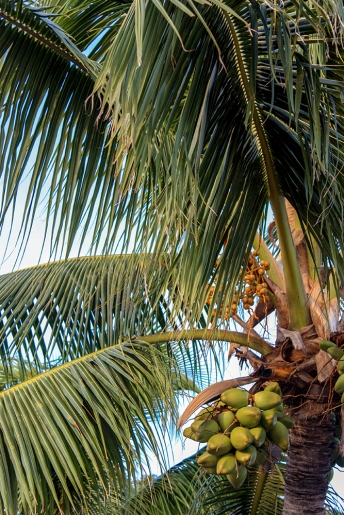 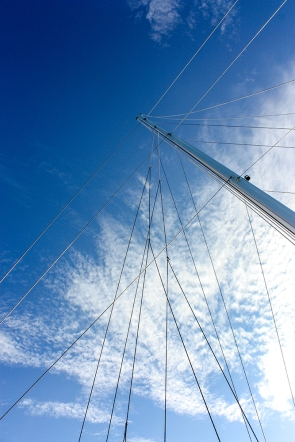 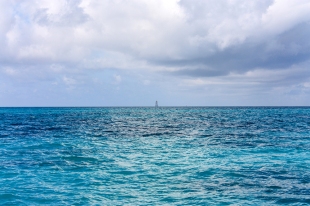 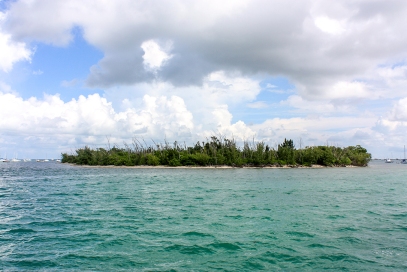 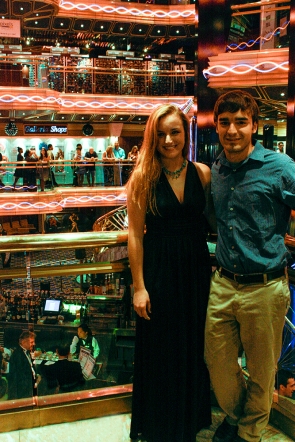 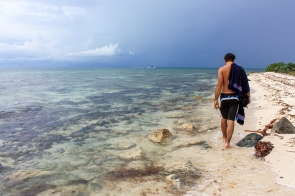 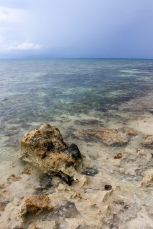 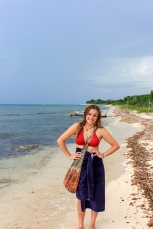