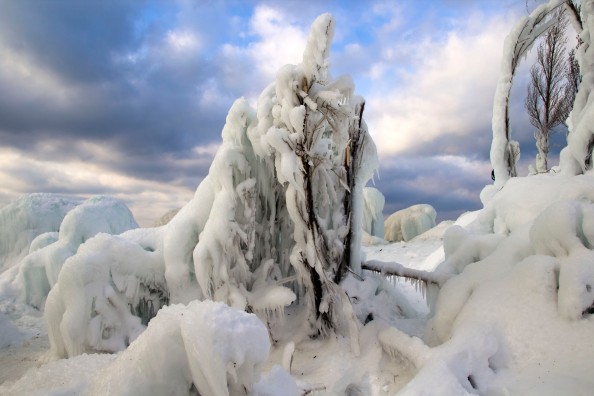 “What good is the warmth of summer, without the cold of winter to give it sweetness.”
― John Steinbeck

I know I have been radio silence for a while now, and my only excuse is that I have been out and about making the most that I possibly can out of my winter.  Winter is a bit of a divisive season here in Michigan.  It can be a hassle to deal with the snow and ice, and the cold can certainly seem unbearable at times.  Although winter can be hard, it can also be rewarding, and it has become one of my favorite seasons.  Since I have been doing so much I want to provide a bit of a glimpse into what my winter has looked like so far.  Yes, I say “so far” because I will have one more winter post yet to come.  In today’s post I’m going to do short write-ups of the myriad of mini expeditions I’ve embarked on.  These little adventures didn’t necessarily produce the most interesting stories, but they did yield some of my favorite photographs that I have ever taken.  Then within the next couple of weeks I will be posting a write up of the (mis)adventure I had at Southern Ontario Ice Fest, and my upcoming dog sledding trip in the Upper Peninsula.

December is a very busy month for me at work, so my weekend plans tend to change from “Let’s see how far can we drive in one weekend” to “I’m going to sleep as much as I possibly can until Monday.”  I did, however, get to make a small day trip to Muskegon State Park just as the first signs of ice were beginning to form along the shore of Lake Michigan.  I also got to witness some classic early winter waves which were really incredible.

I returned to the park on New Years Day and saw a completely different world because the Muskegon area had been blanketed in about 20 inches of snow during the preceding week.

Finally, Vince and I made one last trip to Muskegon around my birthday.  We went on a snowshoe hike and ice skated through the woods at the Muskegon Winter Sports Complex.  Then we hiked out to the lake and tromped around on the ice bergs a bit.

There was an incredibly cold spell in January.  I know that all of these photos probably look cold, but there is a huge difference between 0 degrees and 20 degrees when it comes to tolerability and the day my siblings and I decided to go snowshoeing, temperatures were hovering somewhere around the former.

Last winter my brother’s girlfriend, Courtney, made an awesome pair of old fashioned snowshoes.  When she asked if I wanted to try them out, my obvious answer was yes, so the two of us and my brothers packed up a car and headed out to “The Prop.”  This is what we’ve nicknamed the 40 acres of undeveloped land that my dad and uncle have owned since before I can remember.  We spent the day hiking around in the snowshoes, which I found to be much more lightweight and easier to maneuver than any of the modern ones I’ve tried.  My brother David got some ice fishing in, and my brother Caleb built a fire which was a welcome relief from the frigid temperatures.

Just a day after my frigid snowshoeing experience, the cold let up significantly and temperatures rose above freezing.  This was perfect because we had made plans to drive up to Frankfort and explore the magnificent ice formations at Point Betsie.  This has been a favorite day trip spot for me for the past few years, but I had never been there in the winter before.  The ice build-up exceeded my expectations, and the eight of us had a lot of fun dodging massive waves as we explored the ice.

For me, this experience was a check off of my winter bucket list.  There are many little gems around Michigan that are more beautiful this time of year, and every winter I try to visit a new one.  Point Betsie is special because the lighthouse stands on a breakwater very close to the lake.  With the cement structure jutting out into the water, it doesn’t take much for large waves to form and crash over its surface.  As the temperatures drop, everything eventually gets coated in ice and begins to look otherworldly.  I was beyond excited to finally see the magical landscape for myself instead of just in pictures.

Ice climbing is my absolute favorite winter activity.  I love the gear, and hiking out to remote locations, and of course the climbing itself is awesome.  While I do love rock climbing, there is something about ice climbing that appeals to the side of me that lives with my head in the clouds.  Being out in the cold all bundled up with crampons on my feet feels like a true expedition.  I can imagine myself in Greenland or Antarctica, exploring places that few humans have seen.

In January we drove up to Munising with some friends to climb at Pictured Rocks National Lakeshore.  It was another one of those painfully cold weekends.  So cold in fact, that frost formed on our eyelashes as we approached the icefalls.  When the weather is that bitter, it can be hard to keep yourself going and I only ended up doing a couple of climbs each day, but being out on the ice was well worth it.

In February, a failed attempt to visit a bat hibernaculum landed Vince, me, and a couple of our friends on the Manistee River Trail, where nothing terrible happened at all.  End of story.

Okay, obviously that’s not the end of the story.  It actually ended with the most expensive and least worth it twenty seconds of my life.  But I did get to find out just how many pieces a drone can break into when it crashes. Many.  And how hard it is to find said drone fragments in two feet of snow. Very.

With the drone incident fresh in mind, I went for a tamer activity the following day.  My dad and I brought the family dog, Azul, to Provin Trails for a hike.  Provin is another one of my old haunts that I haven’t visited in a while. There was fresh snow which made for some magical moments as it wafted down from the tree tops in an ethereal blur.

Later in February Vince and I took a couple of hours to get some fresh air in St. Joseph.  The lake ice was built up taller than I have ever seen it, easily twenty feet at the outer edges, but the lighthouse was not coated in ice like I have seen in photos.  This leaves St. Joseph unchecked on my winter bucket list.  I think next winter I will try to make it back earlier in the season when the waves are big, and the ice hasn’t had time to melt.

That about sums up my rambling account of where I’ve been for the past three months.  Stay tuned as I’ll be writing about my favorite stories of the season within the next couple weeks!