We arrived in Copenhagen in the late morning, after a drowsy flight from Keflavík.  After checking into our hotel, we immediately hit the streets to grab a quick lunch before our scheduled walking tour of the city with the rest of the Percussive Tours group.  A hot dog/crepe cart near the entrance to Tivoli Gardens was the perfect quick pit stop.  We scarfed our food and trotted over to meet our guide, Dan O, at the city center.

Dan O led us on a fast-paced and fascinating tour of the city, bringing us through the oldest section of town where we first learned about Copenhagen’s notorious history of repeatedly burning down, and saw the original location of Carlsberg Brewery.  After a whirlwind beginning, the tour slowed down a bit as we arrived at Nyhavn, a section of town along the canal that dates back to the 17th century.  Once home to Hans Christian Andersen, Nyhavn was constructed by King Christian V, and used to be a hub of sailors and prostitution.  Now the colorful buildings along the waterway draw throngs of visitors for shopping, food, and sightseeing. 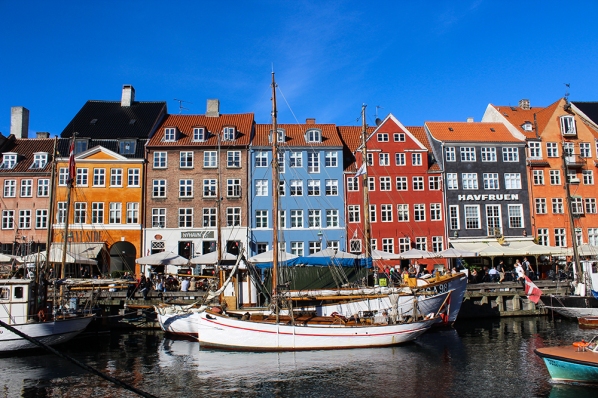 Moving on from Nyhavn, we set course for Amalienborg, the home of the Danish royal family.  Amalienborg is made up of four palaces surrounding a square.  Dan O informed us that if a Danish flag is being flown on one of the palaces, it means that a member of the royal family is currently staying in Copenhagen.  There happened to be a flag on top of the crown prince’s palace while we were there, so we knew he was in town.  We stayed to watch the changing of the guard, and then Dan O set us free to roam the city on our own.

Since we were already nearby, we decided to walk to the Little Mermaid Statue despite being warned by Dan O that it is amongst the world’s most disappointing attractions.  With our expectations set low, I didn’t feel disappointed at all when we saw the tiny mermaid looking over the harbor.  She was, of course, surrounded by tourists all trying to grab a selfie, but that couldn’t bother me after such a fascinating and fun first day in Denmark. 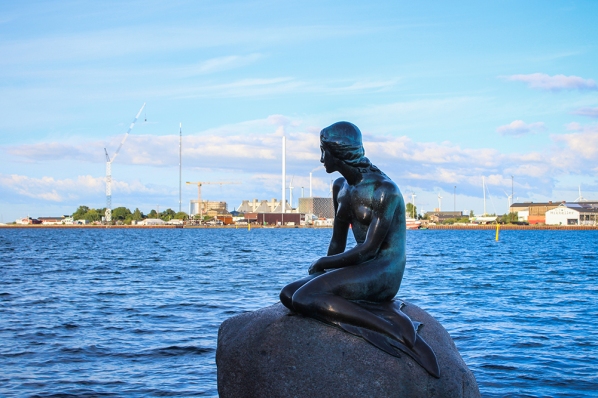 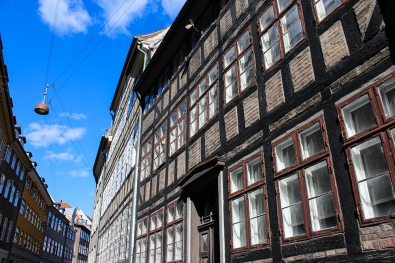