After the Blue Lagoon, we checked into our hotel, took a cab into Reykjavik for lunch, joined up with the larger group for a walking tour of the city, and then it was time for our half-day Golden Circle tour with Gray Line Iceland.  I had booked this tour on sale a couple of months in advance.  Since we had limited time in Iceland, the half day trip was perfect for me, although it skips one stop from the full day tour.  Gray Line will pick you up from your hotel, but we met our bus at the Reykjavik city center since we were already downtown for the walking tour.  I recommend calling Gray Line a day or two in advance just to make sure all of your booking info is correct.  I did not call them until the morning of our reservation, and there had been a mix up in their system.  Their computers had our booking under July 15 rather than August 15, which is what I scheduled, and what my reservation receipt said.  It was not a problem for Gray Line to switch our reservation, but I felt it would have been more responsible of me to have called and straightened things out farther in advance.

The half day Golden Circle is six hours  long and has three stops.  First our driver had to do hotel pick-ups for everyone else on the trip, which was fortunate because one of the hotels had some adorable Icelandic horses outside and we were able to go up to the pen and see them.  After the pick-ups it’s about a half hour drive to the first stop, Þingvellir National park. 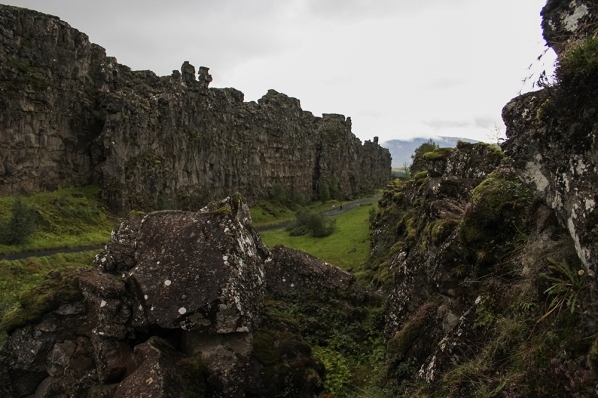 This is a beautiful area where the North American and Eurasian tectonic plates are pulling away from each other.  We enjoyed the panoramic views, and hiked a little ways down a trail between the two plates.  There are areas where the fissure is filled with water.  Divers and snorkelers utilize these spots because the visibility in these pools is outstanding.  We were given about a half hour at Þingvellir, and then it was time to hop back on the bus and head to our next destination, Gullfoss.

Gullfoss is a stunningly large waterfall that plunges over a cliff, and disappears into a deep canyon, concealed by its own mist.  After standing near the fall, and awing at its breathtaking power, we climbed a staircase farther up the canyon where we got a view of some distant mountains.  We also stopped in the nearby cafe for dinner.  The main attraction here is the bottomless lamb stew, but since I am not much of a meat-eater, I ended up eating Skyr, an Icelandic yogurt similar in consistency to Greek yogurt.  Vegetarians/Vegans be warned:  Dishes that don’t include meat seem to be fairly scarce in Iceland.  I ended up eating a lot of Skyr.

The final stop on our tour was Geysir, a geothermal area with a geyser named Strokkur that erupts about every seven minutes.  This was my first time seeing a geyser, and I thought it was very cool.  I especially loved the moment right before the eruption where the water forms a perfect blue bubble.  There were also colorful pools, steam vents, and a smaller, bubbling pool at this location. 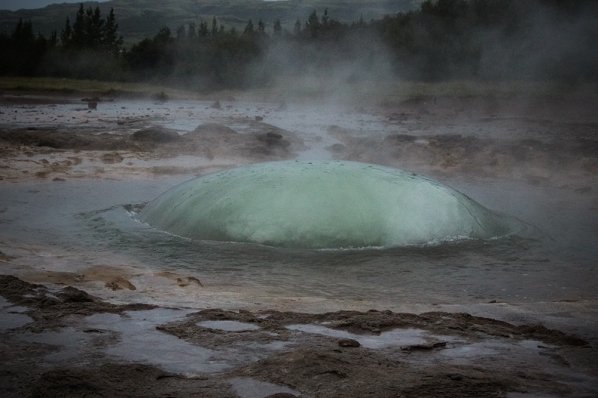 Once the tour was over my group and I were very ready for a nap, considering our full first day in Iceland.  We all fell right to sleep on the bus ride, which dropped us off back at our hotel where we immediately crawled into bed. 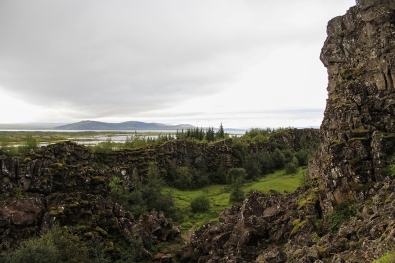 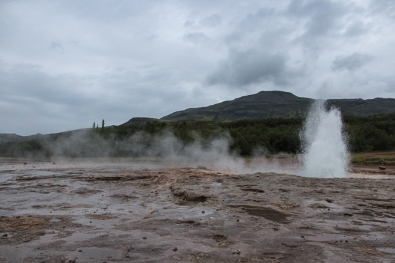